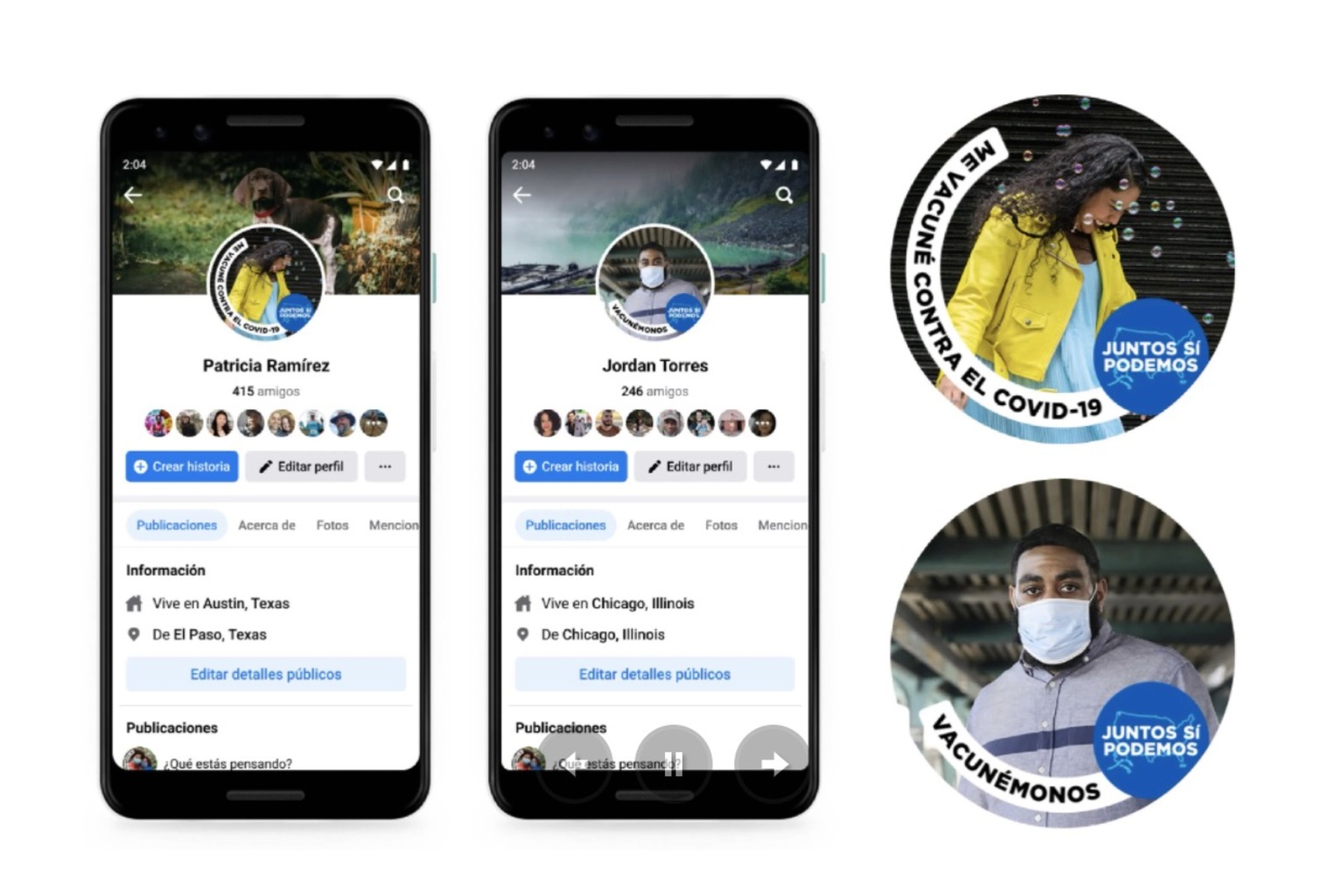 1.New frames in profile for covid 19 vaccination in Facebook to encourage friends

Facebook has been always a good social network to connect people, encourage them for good, and able to learn things also. So by this facebook developed a way by which people in the US can tackle the coronavirus by getting the covid19 vaccine. In the US vaccines are available more than the other countries.

But there is always confusion among individuals about the covid19 vaccination. So Facebook decided t launch a profile frame in which users can edit their profile and pick up the banner which contains “I Got My COVID-19 Vaccine” or “Let’s Get Vaccinated”.This banner will be displayed on the edge of the profile picture and there will be a “We Can Do This.” in a blue bubble-like inside with both the profile picture and banner.

Social media vaccination has been encouragement is supported by the Centers for Disease Control and Prevention (CDC) and the U.S. Department of Health and Human Services (HHS) has teamed in the introduction of new profile frames.

2.Mobile money bussiness of Airtel africa gets $100M from Mastercard

Airtel always wanted to grow in several countries and it’s always a dream of every telecommunication company to increase profit.Eerlier in 2 weeks ago TPG’s Rise Fund unvested $200 millionAirtel Mobile Commerce BV in the mobile money business in Africa airtel.

Later on first April Mastercard invested $100 million while becoming a new investor for the airtel African mobile business. Both these firm has been in a deal earlier in 2019 which helped the users of airtel Africa to get access to 14 nation access to MasterCard global network.

Airtel africa told that its the stategy of increasing minority shareholding in business within 4 years.

Apple has introduced two new voices which the users can use in the upcoming update when apple notifies. Now, these feature is available in beta update and it is available for the participant to join this. Here the users can choose which language to choose earlier it was defaulted voice in some countries.

New two voices of apple Siri run by Apple’s Neutral text to speech engine with the help of source talent recording. There are some apple voices tweets

Siri helps 500 million devices with 25 billion requests per month and is supported by 36 countries of 21 languages.

4.Similiar to clubhouses like a channel or audio events is being launched by Discord

During the pandemic, the number of gamers has increased in the time clubhouse also came and became famous. But now all are trying to copy the clubhouse-like thing in their platform and modifying them. But for discord, as it is a voice-based platform that gamers and other people use to communicate via voice, therefore, it is suitable for them to use like clubhouse-like feature.

It will be used for interviews and voice-based AMAs, karaoke, book clubs said by discord. In this users can join stages and participants can raise their hand to talk which is like a similar feature like meet or zoom, here the mic will be muted unless they are invited to do so, also can join or disjoin without disturbing others.